Pach’s Place is one of those rare places you can walk into and know you are instantly in the company of friends.  Owner Cathy Maes and her team serve good old-fashioned home cooking with fresh ingredients and have done so every morning for the last 20+ years.

The omelets, a favorite dish of the regulars, are so huge and thick with three eggs and lots and lots of fresh goodies mixed in.  Our guests also like the eggs benedict and the nova lox platter as well as the fresh fruit and salads.  But don’t take our word for it; come on in and check it out for yourself.

Pach’s Place gets its name from original owner Al Pach who moved to the Tampa area from Boston in 1954.  He started the restaurant in 1983. In 2001, Isun (pronounced ee soon’) Maes and her daughter Cathy had recently sold a deli, and Mom promised daughter they would take a break. Once Isun saw Pach’s Place was for sale, she bought it so Cathy never got that break.  Isun and Cathy restored the restaurant to its former glory and ran it from 2001 until 2018 when Cathy took over after Isun retired.  Since the ownership stayed in the family, the same crew runs Pach’s Place, so you can expect the same home-cooked meals you have enjoyed for the last 40 years. Here’s some press about Pach’s Place:  Click me to see

We’re blessed with many regulars from all walks of life.  When they come into Pach’s Place, they are all equal.

In February 2018, the old lease on Bay to Bay Blvd was up, and two great Tampa institutions came together when Pach’s Place moved to the Tahitian Inn on S. Mabry Highway

Our Promise to You

We will serve you as though you were family!

See what the press says about us! 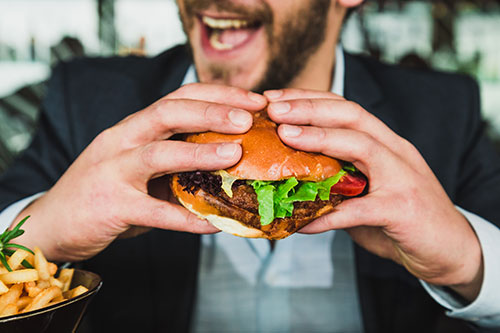